Meet our Grandma, or as we affectionately call her "Gram". At age 95, she has taken to writing funny and often crude limericks about her family and their friends. We decided it was apropriate to name one of our cider's "5 Liner" after her 5 lined "Not So Dry" limericks. Check them out below!!

Please be advised that these limericks are very dirty. If you are offended then great, Gram has done her job! :)

There once was a girl named Lee,

Who would do the wild thing for a fee!

There once was a girl named Claire,

And she never wore underwear.

When asked her why not?

It really does need lots of air."

A guy was having the time of his life,

When a burglar broke in waving a knife.

He said "this isn’t funny,

Just give me your money,"

It scared the guy right out of his wife!

If there’s a sweet thing you want to impress,

It will surely decide her,

If you bring this great cider,

Before long she will start to undress.

But let me explain,

By now and again,

A transplant surgeon from Guelph,

Gave a girl’s heart to an elf.

He gave a marine,

A liver and a spleen,

The best part he kept for himself.

A cabbie's wife brighter than some,

Had a meter installed on her bum.

With a musical chime,

To keep track of time,

And allowed to pay as you come.

There once was a good looking Fin,

Who had an appendage real long and thin.

He said with a grin,

She said "just let me know when its in."

Ben said to his girl with grin,

"Erin, we should stop living in sin."

Just give me the pork,

And I’ll kiss the hair on your chinny chin chin."

Adam met a cute girl at a dance,

She fell in love at first glance.

But she knew with alarm,

When he turned on the charm,

That he just wanted into her pants.

After Adam and his girl wined and dined,

She told him "I’m not the marrying kind."

He thought, that’s too bad,

Because a hard man is good to find.

There once was a guy from Australia,

Who was proud of his small genitalia.

She looked with scorn,

When he showed he his horn,

He said "you wont look that way when I nail you."

Adam met a cute girl and he said,

When she felt a bit queasy,

He just took it easy,

For a wild ride he took her to bed.

There was a young fellow named Hector,

Who said to a girl as he necked her,

"I hope you wont care,

If I pull out some hair,

(from book of limericks)

There once was a fellow named Fred,

He was very energetic in bed.

He was pounding away,

When he happily wound up dead!

There once was a girl named Jerry,

She bragged that she still had her cherry.

And in no time flat,

He had Jerry feeling quite merry.

There once was an old fellow named Bill,

Who was addicted to the little blue pill.

He had the time of his life,

Without telling his wife,

She thought he was over the hill.

There once was a fellow named Mike,

Who fell for a good looking dyke.

And you can go take a hike!"

When Debbie screwed up her back,

She said "someone should pick up her slack."

So she summoned her slave,

And said, "don’t make any waves,

Cause I’ve got a big whip I can crack."

Young Tim had a favourite tree,

It was where he liked to go pee.

In his stream so far and wide,

I’ve got lots of pressure said he.

There once was a guy named Fritz,

He dated a gal with big tits.

When she jumped his bones,

And made really loud moans,

She scared him right out of his wits.

There once was a hard working miner,

To hell with the rest."

And there’s nothing as fine as 5 liner!

There once was a cowboy, truck rider,

Who clearly loved his apple cider.

He said, "this is the best,

It meets every test."

And he cracked open one more 5 liner.

If you’re planning a big celebration,

And you want to create a sensation.

In fact, it’s the perfect libation.

If you’re planning a pleasant surprise,

For someone you idolize.

Than this apple cider,

Roses are red violets are blue,

This 5 Liner cider is the cider for you.

It’s a blend of the best,

It has a great zest,

Made with TLC just especially for you.

If you’re hoping to have conjugal relations,

Be sure to serve this finest of libations.

No need for the pill,

Guarantee you the best of sensations.

If you’re hoping to have conjugal relations,

Be sure to serve this finest of libations.

She'll have you in hand,

The way you had planned,

You’ll be assured of the sublime sensations.

And he’ll be walking funny the rest of his life."

"And I have no doubt,

If a red head pops out,

I’ll be running with an ass full of lead."

There once was a lady named Phyl,

Who thought her husband was over the hill.

It would not be denied her,

She plied him with cider,

Had a date with a handsome young miner.

She later took him to bed,

There’s something magic about that 5 liner. 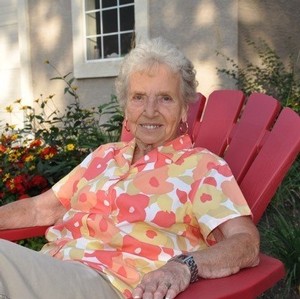